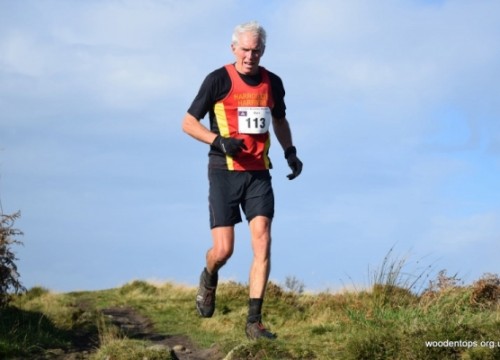 The Baildon Boundry Way half went ahead on Sunday 1st November, with social distancing measures and staggered starts.

Harrogate Harriers & Athletic Club was formed in April 2000 from the amalgamation of two separate athletic clubs, Harrogate A.C .and Imperial A.C. Both of these clubs enjoyed a substantial amount of success in years gone by, including having representatives running at county and national level.

Harrogate A.C. existed for almost 50 years and wore plain black colours.  Imperial A.C. started as a breakaway club from Harrogate A.C. and was named after the fruit shop on Royal Parade where it met for training sessions – the Imperial A.C. club vest was apple green!  Harrogate Harriers & A.C members today wear red, black and gold colours, aligning with those of Harrogate RUFC.

Since 2000, membership has risen to over 240 senior members and the club is thriving with a strong and vibrant 400+ juniors section.  Since the club was inaugurated, several of the club’s members have been asked to represent Yorkshire and we have members who have performed and won on an international stage.

Many other outstanding individual and team performances have helped to raise the Club’s profile and a number of our junior athletes have made notable performances in Regional and National Championship events.  We compete on roads, fell and track.

Harrogate Harriers and A.C. is affiliated with UK Athletics (UKA).