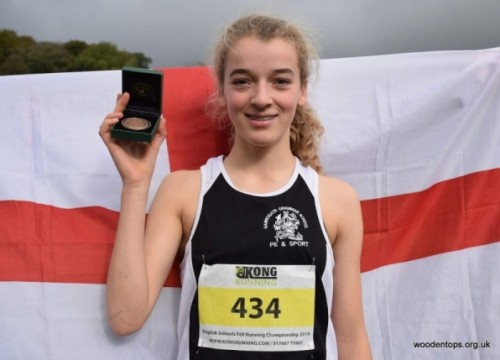 An outline of the club constitution and what we stand for.

1. NAME
The name of the Club is HARROGATE HARRIERS & A.C. (hereafter referred to as “the Club”).

3. EQUALITY
The Club is committed to ensuring that equity is incorporated across all aspects of its development. In doing so it acknowledges and adopts the following Sport England definition of sports equity:
“Sports equity is about fairness in sport, equality of access, recognising inequalities and taking steps to address them.   It is about changing the culture and structure of sport to ensure it becomes equally accessible to everyone in society”.
a) The Club respects the rights, dignity and worth of every person and will treat everyone equally within the context of their sport, regardless of age, ability, gender, race, ethnicity, religious belief, sexuality or social/economic status.
b) The Club is committed to everyone having the right to enjoy their sport in an environment free from threat of intimidation, harassment and abuse.
c) All club members have a responsibility to oppose discriminatory behaviour and promote equality of opportunity.
d) The Club will deal with any incidence of discriminatory behaviour seriously, according to normal disciplinary procedures.

4. MEMBERSHIP OF THE CLUB
a) Membership of the Club shall be open to any individual interested in furthering the objectives of the Club and who has paid any annual subscription as may be laid down by the Committee.
b) Every individual member shall have one vote in any General Meeting.
c) Any member wishing to resign must do so in writing addressed to the Chairman or Secretary. The resignation shall be considered by the Committee within one month of receipt and will be held as effective on the date of posting. Resignations will not be accepted if the member is financially indebted to the Club (i.e. has not paid the current year’s membership) and acceptance will be withheld until the debt has been discharged.
d) The Committee may unanimously and for good reason terminate the membership of any individual. The individual shall have the right to be heard by the Committee.
e) Each member shall accept that the Club shall not be liable for injury or damage sustained by any member taking part in Club activities.
f) Each member shall agree to abide by the decisions of the Committee.

5. OFFICERS AND COMMITTEE
a) The Committee shall comprise of three honorary posts:  Chairperson, Secretary and Treasurer. In addition a minimum of four additional persons shall be elected onto the Committee to fill any positions deemed necessary by the Club.
b) The Committee members shall retire from their posts at the end of their term in office, but may be re-elected or re-appointed.
c) The Chairperson post shall, in the first instance, be either re-elected or fulfilled by a member of the retiring committee, having served the Club in a committee role for a minimum of 12 months.   If the post cannot be fulfilled from the retiring committee, the post will be promoted to the wider Club and a suitable voting process instigated to elect a new Chairperson.
d) The Committee may fill any vacancies that occur during the year at their discretion and by common consent.
e) A member of the Committee shall cease to hold office if they:
•  Become incapable of managing and administrating their own affairs
• Are absent without permission of the Committee from all meetings held within a period of six months and the Committee resolve that their office be vacated
• Notify the Committee that they wish to resign

6. POWERS OF THE COMMITTEE
In furtherance of the objectives, but not otherwise, the Committee may exercise the following powers:
a) To raise funds and to invite and receive contributions.
b) To co-operate with other organisations operating in furtherance of the objectives or similar purposes and to exchange information and advice with them.
c) To appoint and constitute such advisory committees or sub-committees as the Committee may think fit.
d) To do all lawful things that are necessary to achieve the objectives.

8. REVENUE
a) The funds of the Club, including all subscriptions, donations, grants, race entry fees and any other income, shall be paid into an account operated by the Committee in the name of the Club. The account may be held at any such financial institution as the Committee may decide. All cheques must be signed by at least two members of the Committee (out of a total of four names notified to the bank).
b) The funds belonging to the Club shall be applied only to furthering the objectives of the Club.
c) The Committee shall be responsible for ensuring that:
• Adequate accounting records are kept
• Annual Statements of Account are prepared for the year ended December 31st
• The Statements of the Account are subjected to an audit and independent examination

9. ANNUAL GENERAL MEETING
a) There shall be an Annual General Meeting (AGM) of the Club, which shall be held as soon as is practicably possible after the end of the calendar year.
b) The Committee shall call every AGM. The Secretary shall give at least 14 days notice of the AGM to all members of the Club. All members of the Club shall be entitled to attend and vote at the meeting, but no individual shall be entitled to vote in more than one capacity.
c) 15 members of the Club shall constitute a quorum for an AGM.
d) The Committee shall present to each AGM the Report and Statement of Accounts for the preceding year. In addition the Annual Subscription Fee must be discussed.
e) Before any other business is transacted at the AGM the members present shall appoint a Chairperson and the other Honorary Officers of the Committee for the ensuing year.
f) Any nominations for election and any other resolutions or changes to the Constitution must be made by the members in writing and must be in the hands of the Secretary at least seven days before the AGM. Should nominations exceed vacancies for any position, an election shall be held by secret ballot of the members present. If there are no or insufficient nominations then the newly elected Committee shall be responsible for filling the vacancies over the ensuing year.

10. SPECIAL GENERAL MEETINGS
The Committee may call a Special General Meeting (SGM) of the Club at any time. In addition, if at least 1/3 of the members request such a meeting in writing stating the business to be considered, the Secretary shall call such a meeting. At least 14 days notice must be given. The notice must state the business to be discussed. 15 members of the Club shall constitute a quorum for a Special General Meeting.

11. DISSOLUTION
If the Committee decided that it is necessary to dissolve the Club, it shall call a meeting of all members of the Club as per the conditions of the SGM. If the proposal is confirmed by a 25% majority of those present and voting, the Committee shall have the power to realise any assets held on behalf of the Club. Any assets remaining after the satisfactory settlement of any proper debts and liabilities shall be given or transferred to any organisation or institution having objects similar to those of the Club, as members of the Club may determine, or failing that, shall be applied for some other suitable sporting purpose.